The glorious night scarf, whether made from a makeshift pair of tights, a satin bonnet or a silk scarf – is an item worn by many black women across the globe (and equally contested by many of their significant others, lol). I don’t recall getting a full explanation of why on earth I had to wear one but I knew I hated having it cover my ears and 9 times out of 10 it would end up on any place BUT my head in the morning no matter how tight I tied it…I think for now I’ll be investing in silk some pillows.

I have been fascinated by hair from a very young age, as I learnt how to braid my doll’s hair, then my own, and then other people’s as I got older. Despite such diversity in styling I think most black women have heard of and adhere to the rule of wrapping your hair at night.  Rules aren’t always made to be followed, and some of the women I photographed for this project said that they didn’t always wear a scarf.  Sometimes it depended on the style they had at any given time.  Sometimes it was a lifestyle thing- they were just far too busy to prioritise it.  But what really interested me was how using a night scarf to wrap and protect the hair was something that all these women had done at some point in their lives.

Their mothers, cousins, aunties and sisters did it too. Maybe even their Fathers, uncles and brothers did as well.  I was drawn to the idea of the night scarf being something common among people of African descent and I wanted to portray it in a sensitive, beautiful way.  All the women photographed live in London but are a part of the African Diaspora.  I see each person’s choice of material and technique as either loosely, unknowingly connected to, or intentionally referencing Africa.  I suppose this project has been a way for me to attempt to reconnect myself to Africa, a way of making sense of my identity as a person part of the Diaspora, and trying to engage in what I think is a really exciting dialogue between westernised, Black peoples and native Africa. 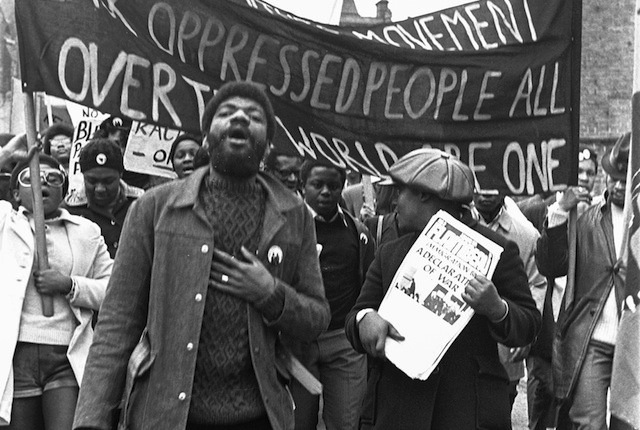