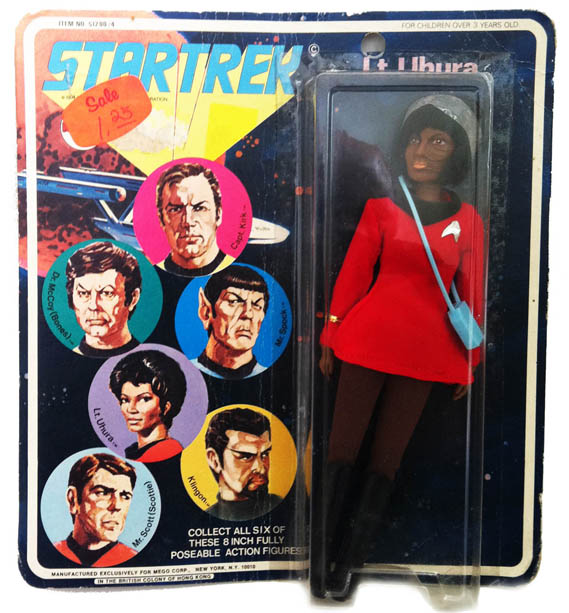 British designer Jon Daniel’s (who was responsible for a series of stamps from the African Diaspora) collection of African American action figures includes Malcolm X, Muhammad Ali and a coveted 1975 Super Agent Slade toy. Here, he explains what led him to look to the US for cultural inspiration and to start collecting.

Growing up through the late 1960s and early 1970s, writes Daniel, I think I am fairly typical of the British-born, first generation offspring of West Indian parents, in my search for identity. It took me a long time to come to terms with Britain being a part of who I am. There was little in the British culture that either appealed to me or I felt I could be a part of. Any positive images or messages, were all coming from the West Indian culture of my family and the African American culture of the United States. I was fortunate as a child to visit America on a few occasions to visit other members of my family living there. Everything about America seemed brighter, bolder, blacker and better.

The sheer volume of the sophisticated tv programming available such as The Jeffersons; cartoon series like The Jackson 5 and The Harlem Globetrotters; motion pictures like Shaft, Car Wash and The Wiz; and the music, funk, soul and R’n’B that we could also access in the UK through import records or pirate radio, all had a profound influence on me. If I could have grown up in Harlem at that time, I could not have been happier.

[Image of the Day] A morning in Morrocco