[Bookmark This] 12 Years A Slave: Meet The Descendants of Solomon Northup in ‘Faces of Solomon’ 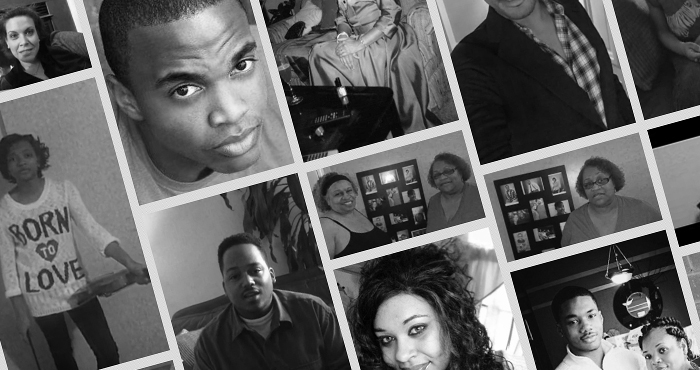 On the day of its release, Steve McQueen’s 12 Years A Slave is lauded by a number of accolades and film award nods (tipped to be a winner at this years Oscars, the film has received 10 BAFTA nominations).

The film which is an adaptation of the diary of Solomon Northup, a free Black man born in New York who is tricked, captured and sold into slavery where he spends the next 12 years as a slave.

There have been a number of great articles and video interviews with McQueen (who seems to be unfazed by the media attention and is determined not to become too “Hollywood”) which serve as an insight not only into the mind of the filmmaker but also about the Trans-Atlantic slave trade from a viewpoint not previously seen.

I’m a big fan of films that go the extra mile into the lead up of a cinematic release and come up with memorable and creative ideas to compliment their films.

Faces of Solomon is the perfect example of this with not only photos of some of his descendants but also video clips. It adds a new way of looking at the traditional family tree and serves as a piece of visual history not only for the Northup family but for those of us for whom slavery features in our own history.

Have any of your families done research into your genealogy or created a family tree based on the findings? Do you feel that with more films being made about this particular time in Black History that other narratives are often overlooked?