‘The Power of the Digital Diaspora’ was a Social Media Week London event that took place in 2013 in collaboration with Parlour Travel and Tam + Sam.

The event featured a panel of six influential digital creators exploring the ways in which narratives about Africa and the Diaspora were being represented online. 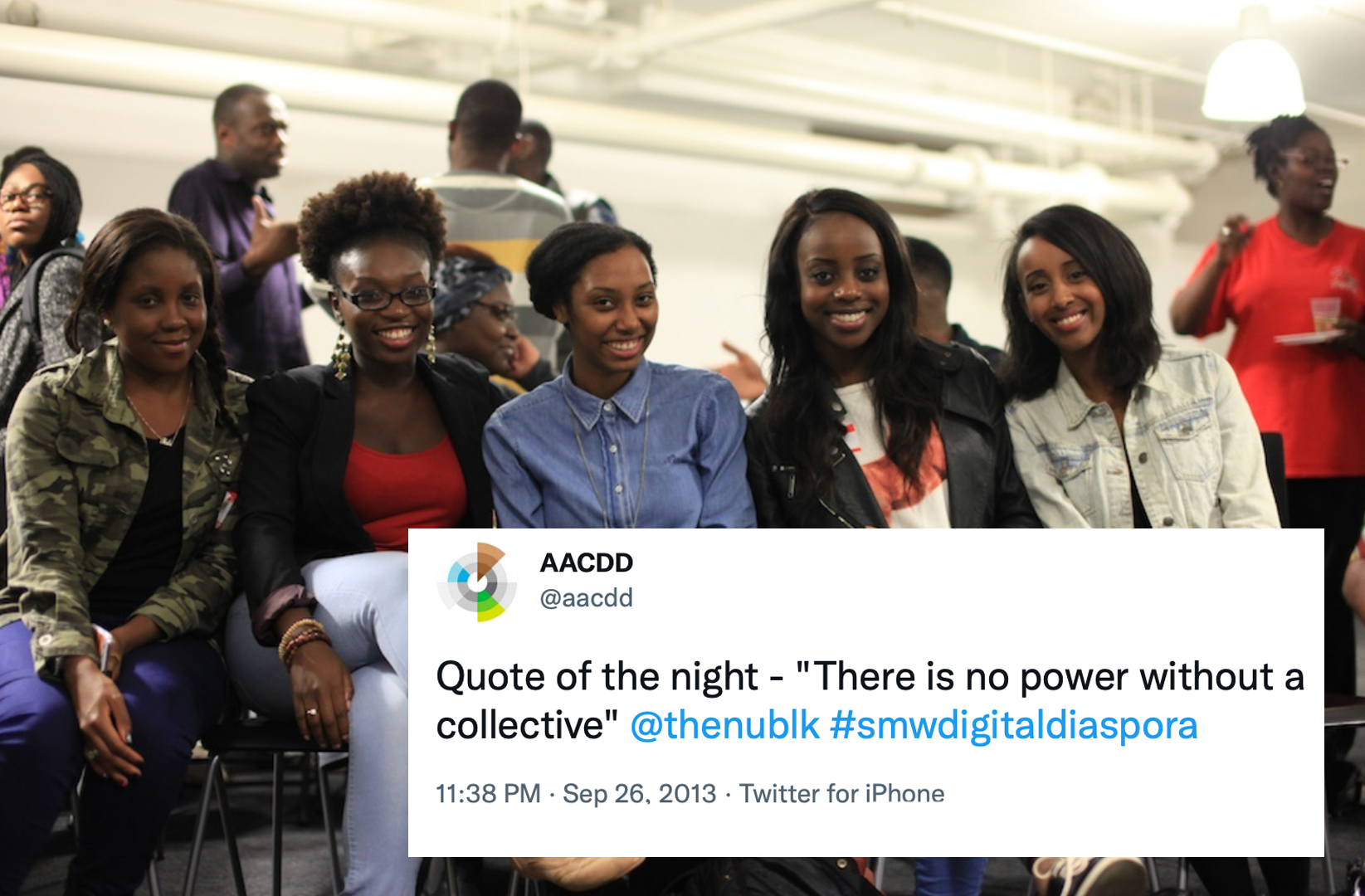