image of the daythenublk
3 Comments

One of the best things about the development of Thenublk has been following the journey’s of the creatives we’ve featured. From discovering their passion and going to to develop their craft, changing direction and taking on new opportunities – a timely reflection of growth and artist development.

Best known for his ‘thumb tack art’ pieces of icons such as Grace Jones and Jay-Z, Brooklyn artist Andre Woolery (who we featured in 2011) decided to leave the past city life behind for the vibrant shores of Jamaica. In doing so he was able to re-connect and discover his Jamaican heritage and the island’s creative community.

The last time we featured your work you were enjoying the successes of life in the New York creative scene. Now you’re located in Jamaica, why the move?

In New York I was exclusively creating during my nights and weekends. Slowly I started to accumulate more ideas but the amount of time I had never changed.  This constantly haunted me and the potential of living an artistic lifestyle was fading away. Living in New York was great for the access to so much of the creative scene but also served as a restriction to my creative output.  Not to mention the rent is getting too damn high for creative individuals to exist in the big city.  Jamaica became the perfect retreat to find the freedom and focus that I yearned for.  Every time I’ve gone back to Jamaica to visit family, I experienced clarity that I couldn’t find anywhere else. As soon as I touch down to get a scent of the cool breeze, an earful of Patois, and a taste of some jerk chicken…I have a level vibe in my soul. I am treating Jamaica as a self-imposed artist residency filled with the freedom to really test my skills and produce a wide variety of work.

I’ve had limited experience with the art scene in Jamaica primarily due to my location.  There are a lot of artists here that I have a lot of respect and admiration for but they are mainly based in Kingston.  As for the creative scene, that is everywhere.  So many graphical things like logos, icons, text, and signs are done by hand, which I love. However the creativity here isn’t expressed visually all the time, it is simply a way of life. The creative skill for survival is about taking what you have and appropriating it for what you need.   You can find that in every corner of Jamaica.

Family and tradition are big things in the Caribbean, is this something you feel has influenced your portraits?

Definitely.  Family is everything for us. The love I have for my family and how they have influenced me is the motivation for this project.  It’s become even more important for how it affects my family that has migrated elsewhere.  The younger generations fortunately see each other on social media but the older generations are only “seen” in person.  Since I’ve started posting the photos, it’s a great way for family in London or New York or Canada to see a nice photograph of a loved one that they haven’t seen in years.  It’s like simply seeing family this way brings us all incrementally closer by celebrating them.

I’ve noticed from my own experience that older family members that whilst they’ll recount stories of their lives for hours they can seem reluctant to take photographs. Have you found this with your series? If yes, how did you succeed in convincing them?

I’ve found that the women are much easier on all fronts.  Before the shoots they are the ones that are most concerned about being prepared based on getting hair done, what to wear, makeup, etc.  During the shoots they have the most enthusiasm with finding poses and trying different things.  Even afterwards they are most interested in seeing the shots and letting me know their favorites.  My mom was the first person I shot and now that she has seen my progressively get better; she wants a reshoot to be s good as the others, ha.   In general it seems like the women are excited to have a light shone on them to display their beauty.  One assumption I have is that as we all get older and acquire signs of age, the photos are less frequent.  I made sure the styling of the photos would make their age seem more dignified and filled with their character, rather than just an indicator of how long we’ve been on this earth.

The men on the other hand have been tough to say the least. They want to have the right answers.  They don’t want to be emotional.  They don’t know how to pose freely.  They end up guarding their enthusiasm most of the time. I think sometimes their masculinity gets in the way. They way I’ve gotten passed this is to shoot with no one else in the room so it’s a more private experience.  It’s like you have to create a safe zone for them to open up.   Sometimes it also helps to have their significant other in the room to coach, guide, and push them in the right direction.  It’s been such an interesting view on family and marriage dynamics watching all the interviews go down.

What’s been the most interesting story or anecdote you’ve been told whilst taking photographs?

The most interesting stories have definitely been from my aunt.  I have never met my paternal grandfather and he passed away before my father was old enough to truly know him.  My aunt has been the key to unlock a better picture of someone I’ve heard very little about. She told about his restaurant in St. Ann’s Bay where many sailors would dock.  He bought an alligator (she isn’t sure from where ha) and people would line up and pay to see this attraction. He made sure education was the one mandatory for his children and reading was essential.  She used to have to sit at the bar in his restaurant and read the entire newspaper aloud, front to back, for the sailors as they drank.  It was a practice she hated but it gave her phenomenal reading skills at the age of 8 and allowed her to be comfortable in front of people.

She also told me about the day he died. She recalled him wheezing and breathing deeply as he gave her his dying wishes from his hospital bed.  She took the words to heart and left the room.  As soon as she stepped out of the hospital doors she heard the bells rings to signify that someone had passed away…it turned out to be my grandfather.

The interesting part of this project is how much you learn about yourself.  You end up seeing what parts of yourself are in other family members and how their experiences are so connected to your existence.  It’s so eye opening and the summation of all the parts ends up really just being a self-portrait.

I encourage people to also partake in their own family project.  It doesn’t have to be a fancy photo or documentary either. It can just be a series of conversations and photos taken on your iPhone.  Family is filled with so much insight and history that will simply fade if not transferred.  Our generation has the tools to now keep their history safely stored on a hard drive to not be lost.  The past, present and future can exist together.

Are there plans to make a documentary based on the project?

I initially had plans to make a documentary but that quickly changed after the first three portraits.  I was collecting so many stories and information that it would have been overwhelming to create and also to watch. The format is now a book that will allow family to create their own journey of discover at a pace of their liking.  Each family member will get their own page with basic information and a set of unique stories.  I may have to release content in a series of books so the project is ongoing and passed down to the next creative minded person in my family.  I am extremely fulfilled by the process of becoming a better photographer, learning about my family history, learning about myself and ultimately leaving something behind for my family to uncover themselves.

Aside from this project, are you working on anything else you can tell us about?

While my Jamaica based studio was being built, I had a lot of downtime to brainstorm.  I mapped out several projects that would hopefully be a roadmap for my next few collections of work.  It’s exciting but daunting because I could easily work on these for the next three years.

One of the first projects I have in the studio are life size portraits of personal style in the Kingston dancehall scene.  The dancehall has been the birthplace of so much Jamaican culture and fashion/style is so visually charged it felt perfect.  I wanted to portray the individuals making style statements even though they do not have a world stage.  I wanted to continue to shine light on the creativity of crafting their visual personas.

It has been fun because I have never worked in this format of oil painting and to also be immersed in such personality on a day-to-day basis.  I am collaborating with Kingstonstyle.com on collecting the subjects.  So far I have six pieces that I am vigorously working on to complete by this summer. I also have other works being done simultaneously but those will most likely be released at the end of the year.  You will have to follow me in Instagram @andrewooleryart to stay up to date on all my portraits and artwork.

Journey of a Student Filmmaker Part 5: The Midpoint 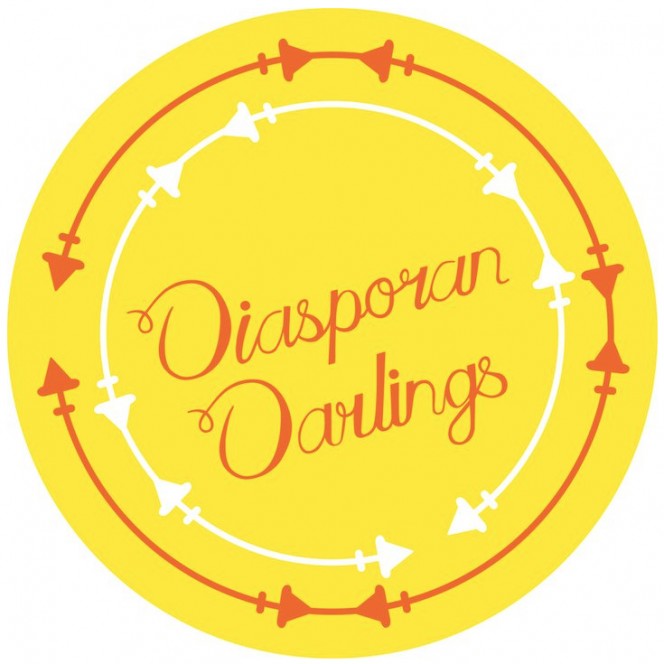