In the last few years there has been a notable shift in the way diverse narratives about people of colour are being told on screen, particularly by independent filmmakers. Following on from its success at the 2013 Sundance Film Festival Thenublk is pleased to announced that in association with ADTV andPristine Prospects that we’ll be putting on a screening of Shaka King’s debut film Newlyweeds!

“Newlyweeds provokes a thoughtful meditation on the habits that hinder modern relationships, navigating through the perilous and comedic with a natural ease and restraint. Craftily luring the stoner-comedy into a meaningful examination of dependency in all its forms, King confronts a community that refuses to grow up and asks the audience what it really means to be an adult.”

On the night, we will be joined by actor, philanthropist and producer of the film Gbenga Akinnagbe who will be taking part in a Q&A.

Gbenga who is best known for his role as Chris Partlow in the iconic series The Wire has also starred in The Taking of Pelham 123, Big Words, and Law & Order. He is also due to star alongside Keifer Sutherland in the exciting hit series 24 which returns to screens next month.

Check out the trailer below:

Easter Screenings on The Deck: ChantiMedia hosts a weekend of Caribbean film in Nevis! 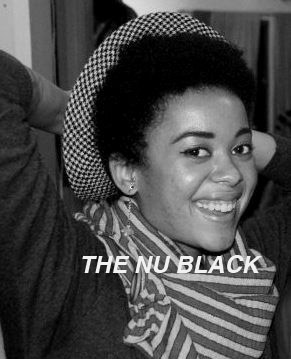 [Competition] Win tickets to a London screening of An Oversimplification of Her ... 7th February 2014 | Gabstamatic