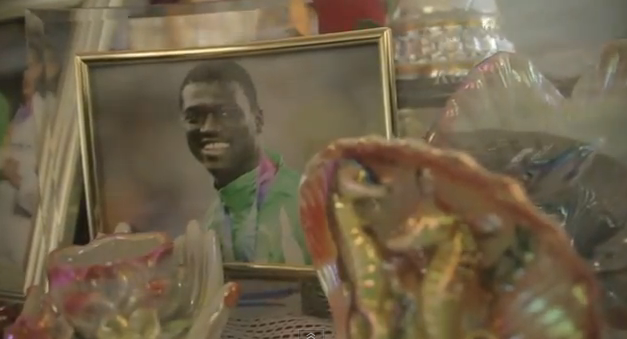 At 19 years old, Kirani James winner of the 400 metres at this year’s Olympic Games has won his island’s first ever god medal (the first non-American to do so). Scenes of jubilant Grenadians in his hometown of Gouyave were captured on instagram following his win and I’m sure are going on as I write this post. With a road already being named after him I’m sure this year’s Soca Monarch finals and Jouvert will be all about Mr James.

I jokingly tweeted about which Grenadian artist was going to make a song about Kirani James and it looks like my jokes were not in vain. A condenter of last year’s Soca Monarch title Mr Killa who’s song ‘Sugarpot’ I’ve had on repeat since I was there last year has put together a fitting tribute in song to the young Grenadian which features scenes from his family home, carnival and also some of the cutest kids I’ve ever seen!