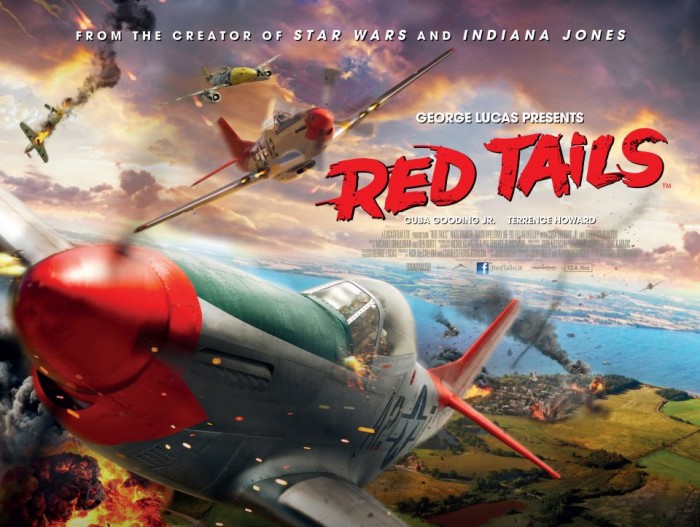 Great news for those in the UK and Ireland waiting the release of George Lucas’s film about the Tuskeegee Airman, it’s finally being released in the UK!

The much anticipated George Lucas project will be released in the UK and Ireland by Momentum Pictures on June 6th, the 68th anniversary of the D-Day landings.  Inspired by the true story of World War II’s first African American fighter squadron, RED TAILS is a thrilling action-packed film with the most realistic dogfights ever to hit the screen.

Executive Produced by George Lucas, Produced by Rick McCallum and Charles Floyd Johnson, Written by John Ridley (Three Kings) and Aaron McGruder (The Boondocks) and Directed by Anthony Hemingway (The Wire), Red Tails tells the tale of the heroic 332nd fighter group of the U.S. Army Air Corps who overcame racial discrimination to become one of the most distinguished squadrons in World War II.

Red Tails uses the historic backdrop of World War II to tell the story of a cast of men, drawn from many walks of life, who were united in their desire to fight against tyranny.  Not considered worthy of a front line role by the Army brass, the men of the 332nd squadron, known as the Tuskegee Airmen, spend their time flying dilapidated aircraft picking off the remnants of the German forces and yearning to engage the Luftwaffe one on one.  When the Tuskegee Airmen get the chance to provide air cover for a landing operation they prove how devastating they can be and are chosen to escort and protect the Allied bombers on their most daring mission yet – the first raid on Berlin.

For more information on venues check out:

The 45th President of the United States? 15th November 2008 | Gabstamatic