musicWatch This
No Comments

[Video of the Week] J The Exodus ft. Mikel Ameen – Knowledge is Power

I actually saw this video a week or two before I got wind of Illegal Activity (the song is part of the soundtrack for the film). Featuring emcee J The Exodus who I first came across at the EP launch for emcee AKS’s The Bus Stop and also emcee/actor Mikel Ameen the song’s lyrics are the perfect accompaniment to the short film’s content.

On working together J The Ex says:

‘Mikel and I go back some time. We met in 2008; I liked his style and he liked mine so we decided to put this together.  He’s also featured on my 360 Full Circle project, so ‘Knowledge is Power’ effectively is our second collaborative effort; we’ve also talked about working together again on some other stuff in the near future.

Drawing together some of the UKs best performing talent, the roster for ‘Knowledge is Power’ reads like a ‘who’s-who’ of emerging homegrown artists. Boasting direction from Thiel as well as production from Nutty P, the track was recorded by Chemo at Kilimanjaro Studios, London.

In a day and age where it seems many are hungering for something less – this video aims to bring us back to a higher level of thinking. Thenublack definitely salutes this!

[Event] 4 Pillars: The Essence of Hip Hop – April 20th at The Underdog Gallery 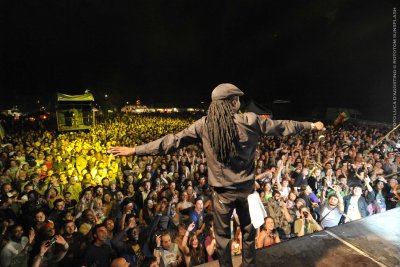