[COMPETITION] Win tickets to see THE MOUNTAIN TOP on Broadway 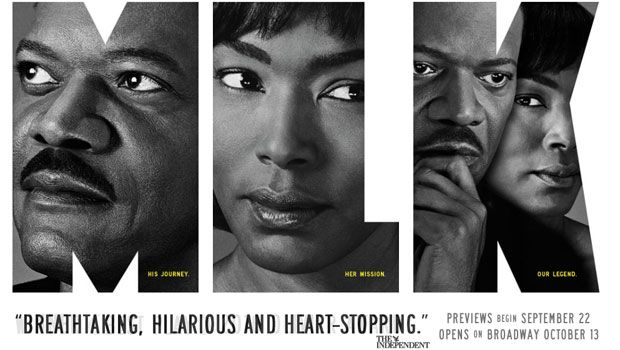 Having come to London in 2009 (starring David Harewood and Lorraine Burroughs), Katori Hall’s THE MOUNTAINTOP is being brought to New York’s Broadway and will star Samuel L Jackson as Dr. Martin Luther King and Angela Bassett. Having read great reviews of the play during its time in London, and with this new stellar cast I’m sure this poignant drama will be received just as well in New York.

Taking place on April 3, 1968, THE MOUNTAINTOP is a gripping reimagining of events the night before the assassination of civil rights leader Dr. Martin Luther King, Jr. After delivering one of his most memorable speeches, an exhausted Dr. King (Samuel L. Jackson) retires to his room at the Lorraine Motel while a storm rages outside. When a mysterious stranger (Angela Bassett) arrives with some surprising news, King is forced to confront his destiny and his legacy to his people.

Thenublack has a pair of tickets to giveaway to see the play. To enter, all you need to do is leave your name and e-mail address in the comment section. The winner will be notified by October 1st.

THE MOUNTAINTOP runs from September 22nd to January 15th.

[Image of the Day] Love from Uganda