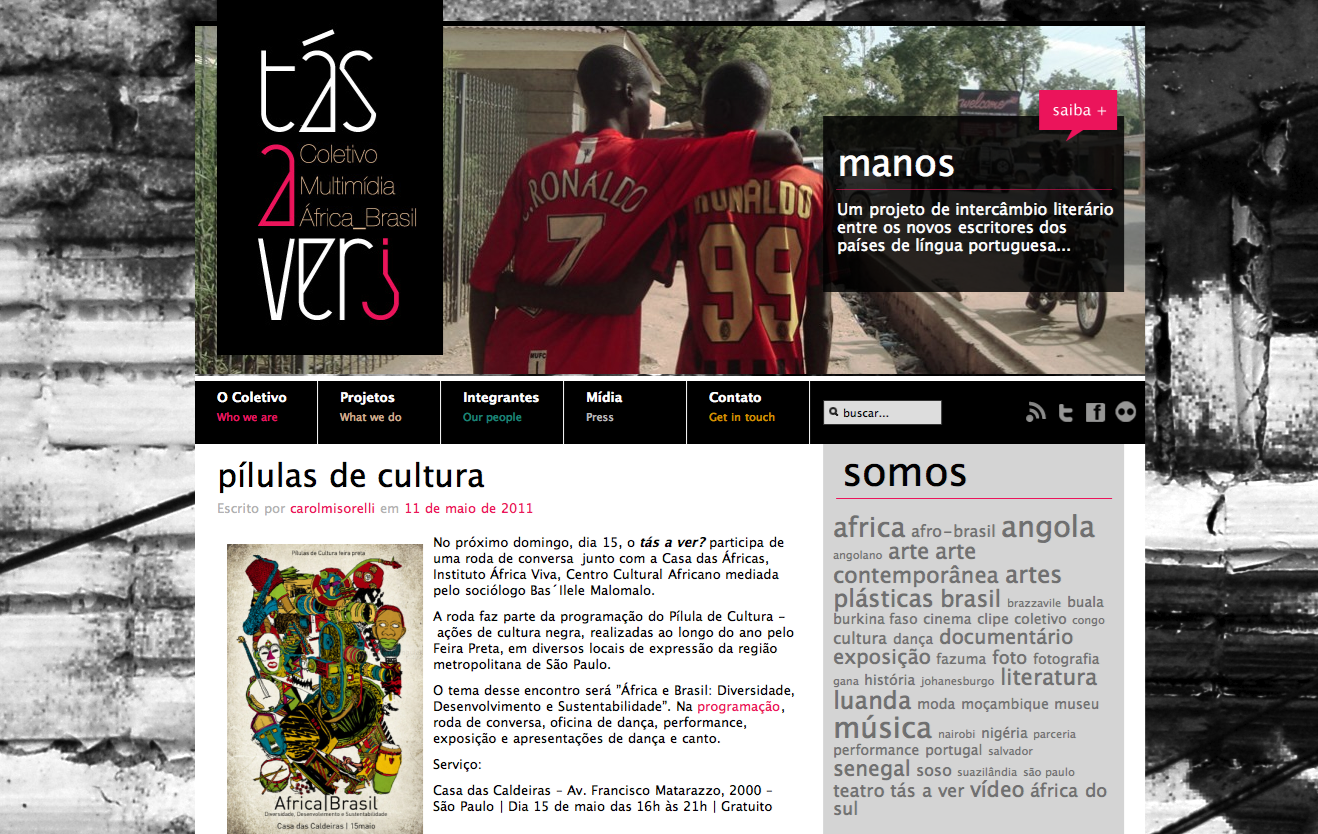 Tas a ver? (do you see? or do you get it?) is a provocation that sets the tone for distinctive images that portray a contemporary and urban African continent. It deliberately uses Portuguese, which is spoken in some countries in Africa, but in a way that Brazilians are not used to (the expression “tás a ver” is common in Portugal, Angola, Mozambique and Cape Verde, but not in Brazil).

The See? collective carry out projects in communication, education and culture to increase dialogue and closer relations between Brazil and African countries.

All members of the See? Have lived in different countries of Africa and feel that despite the historical links between Brazil and Africa, there are few channels for current connection between the two sides. Discover and reveal new perspectives on Africa in Brazil and about Brazil in Africa is our intention.