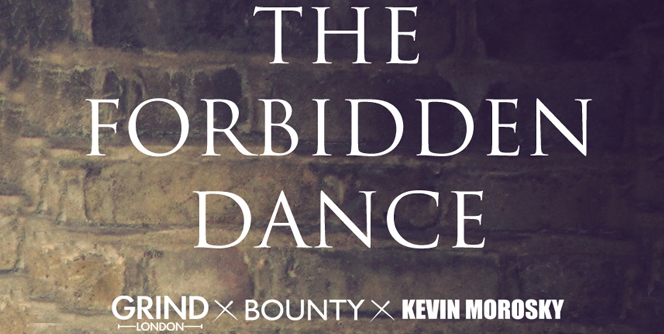 Celebrating the taboos of modern life that we’re all shaking a leg to, The Forbidden Dance hangs around five playful scenes tagged by lines like ‘Never Been To Compton But Have Seen Boyz In The Hood,’ ‘Lambada – That’s The Forbidden Dance’ and ‘Poom Poom Wrecker.’ Each shot has been captured by Morosky from the two year history of his cult monthly 90s hip-hop party, Bounty and will be available to buy online from 25 July a twww.grindlondon.com priced at £25.

They launch at the Red Bull Studios, London Bridge on 23 July with a 1 night exhibition soundtracked by the Bounty DJs and special live performances.

[image of the day] Pantyhose