tv + films: Inside SBTV – From Bedroom to Boardroom 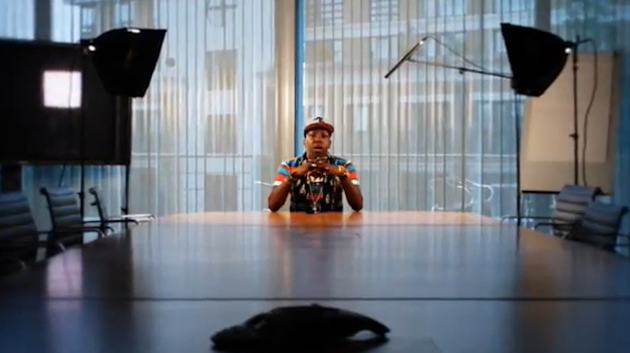 I was having a conversation with my boss about this the other day as there was an article about it in a media magazine he was reading. It’s always nice to see talented young minds like this and the fact that Channel 4 has decided to shed some light onto SBTV is pretty dope. At only 20 years old Jamal Edwards seems to have had his business hat on from day dot and a couple of weeks ago won an online competition to meet Richard Branson…I’ll bet that was an interesting chat!

SBTV are probably most well known for F64 and A64 both which see well known rappers and musicians freestyling. In a time where having your fingers in a lot of pies is a must these guys have very sticky fingers right now! The show charts the rise of the online phenomenon SBTV and follows the team as they prepare for the launch of their new website.

In 2007, under the alias Smokey Barz, 15 year old Jamal Edwards started uploading self-shot videos of grime artists from his West London estate onto You Tube.

Now 20, Edwards’ solo project has developed into a production team of 15 who dedicate themselves to nothing other than producing dynamic online content. No longer purely focused on urban music, the SBTV channel broadcasts freestyle and acoustic performances alongside interviews, events coverage and much more besides. Known for breaking new artists such as recent Atlantic Records signing Ed Sheeran, SBTV now has the media clout to command access to major international stars such as Drake, Nicki Minaj and Selena Gomez. Edwards has also launched the SBTV Inspiration Season, which focuses on encouraging empowering youth through coverage of events such as the Guardian Activate Summit.

[Image of the Day] The Cosby Show Revisited