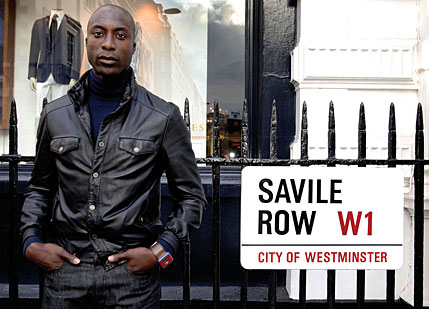 If any of you caught Ozwald Boateng’s mini series a few years ago, you know this documentary is going to be a great one.

The film had its debut screening in Abu Dhabi, but as of yet there’s been no news on when it’ll be screened in the UK (I’m keeping my eyes peeled).

Man’s Story profiles Ozwald Boateng, his design, his business, his personal life. Charismatic, glamorous, hard-working and very humanly flawed, Boateng’s personal and professional triumphs and set-backs are the fascinating heart of this film which is set against a back-drop of models, movie stars and fabulous locations.

Boateng is also fascinating from a sociological perspective. As a black and heterosexual man he breaks the stereotypes of the fashion industry.

He is his own original.