My name is Alysia S. Christiani. I’m a Brooklyn born Guyanese-American gyal who, by day, manages designers in corporate America and, by night, freelances as a writer, designer & project manager under the banner Christiani Creative. Through it all I parent two amazing teen boys determined to drive me insane but who are failing miserably at it.

Due to the economic downturn, I was laid off from my job as Studio Manager for Sesame Workshop in late June. But by the end of the summer I was hired as Creative Services Manager for the New York Road Runners, one of the premier community running organizations in the country. There I manage a team of designers as they develop art and materials for our weekly races, youth programs and community events.

You’re also a project manager for the Witness Project, can you speak some more about the organisation and how you became involved?

WITNESS Project is a youth outreach program that uses the arts to raise awareness of and bring change to the culture of violence in Guyanese society.

WITNESS Project started when my friend Nancy Stevenson, an art director at Sesame Workshop, introduced me to her long time friend Margaret Clemons, founder and director of the Margaret Clemons Foundation. At the time MCF was facilitating arts based teacher and counsellor training for Guyanese health and human services officers but was interested in working directly with Guyanese youth. Knowing that my family is from Guyana, she thought that I would be interested in meeting Margaret and learning more about what her foundation’s work. I loved what MC was doing and was eager to take part in their next project.

After some research, Nancy came across Inside Out, a global participatory art project spearheaded by 2011 TED prize winner, the French artist JR.  The project called for individuals and groups around the world to use black and white poster portraits to call attention to local issues. We thought this would be a perfect way to engage the youth and community of Guyana to take a stand against gender-based and child-directed violence. My role at the time was simply to facilitate a workshop with the youth on how to use the cameras we were providing and to help out with trip preparation and project execution once we got to Guyana. Since then I’ve been designated Project Manager and work with the rest of the team to concept, plan and execute our yearly summer programming.

Now in our third year, we have grown to include a weekly youth page, titled WE SEE, in one of Guyana’s leading newspapers, The Stabroek News. In this page the youth write about their thoughts and experiences with everyday violence. We’ve also helped to connect the WITNESS Project youth with Amerindian children living on the island of Capoey in the Essequibo river.  Using art, storytelling and personal writing, we are building a cultural bridge between the two groups.

This year we decided that film would be a great way for the kids to address the issue. With the help of a few volunteer screenwriters and filmmakers, we conducted an intensive film workshop in Georgetown where our youth wrote and produced a short film based on one of their WE SEE articles. It was an amazing experience for all involved. We will be debuting the film in Guyana January 2014 to be followed by an NYC screening.

I’m very proud of the work WITNESS Project is doing. Not only is it helping to challenge the thinking around violence, gender roles and relationships but, on a more personal level, the program is changing the lives of the youth involved. They are learning valuable life skills as they work and learn together. And we have truly become a family, both the youth and adults involved. Helping, challenging and caring for one another above and beyond the project’s mission.

What are your thoughts on how arts based programs are being used to help engage young people/initiate social change?

I believe that arts based programming is an important tool when trying to engage young people. Such programming allows you to introduce some fun and light heartedness when dealing with intense issues like domestic violence.  It also allows for a level of communication among kids that is not always possible using other methods. I find that children, in general, will be more open and vulnerable in a poem or drawing than in a formal workshop or lecture. The arts also allow for youth to come at a problem from a different angle, forcing them to think out of the box and come up with new and creative strategies for how to address the issue at hand.

You also have your own personal blog, can you speak some more about that and also how you manage all of these projects!

My blog is called Rewind and Come Again and it grew out of random conversations I was having with other first generation American friends whose parents were from the Caribbean. We laughed and complained about our shared Caribbean traditions, about the differences between us and other Americans, and about a myriad of things that only other ‘hyphens’ could understand. I’ve always been a big journal writer so I saw the blog as a digital diary of sorts. I stopped posting after a while (life got in the way) but missed it so I decided to re-launch with a new look and more in-depth content.

And how do I manage it all? LOL! Depends on the day. Some days are better than others. I’m big on taking notes and making lists. I have a horrible memory so rely heavily on detailed to-do lists for everything. And I mean EVERYTHING, from my morning jog, to grocery lists, to my project’s next steps. Between Google calendar, Evernote and my Iphone Notes app, I manage to stay on top of everything that needs to get done.

What’s been a memorable moment for you in your personal/professional journey?

My most memorable moment, personally and professionally, was when I realized that I can do many things in life not just  ‘my job’. That I can be more than my 9-5 or more than a mother. That I don’t have to set my dreams to the side because I have bills to pay and kids to raise. Once I realized that, I felt free.  Free from the judgement of others and from the limits I put on myself. As long as I’m taking care of home, I feel free to pursue my projects without guilt or worry.

Are there any new projects you’re working on that you can tell us about?

Yes, I am working on a short film about love and relationships in the digital age with good friend Kim J. Ford of Lionqueen192 Productions, Inc. We are currently developing the project which is slated to shoot in 2014.

Where can we find out more about your work and future projects?

I myself live digitally at  www.about.me/AlysiaChristiani 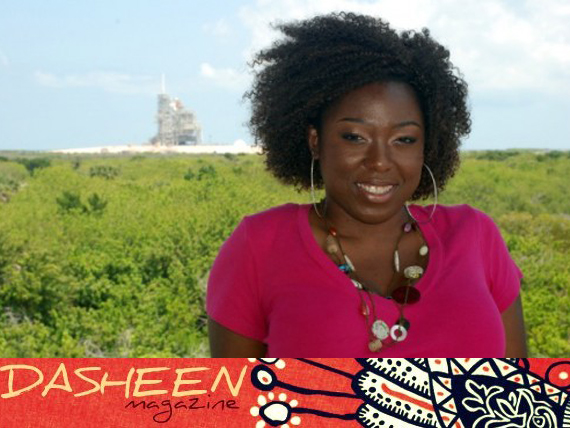