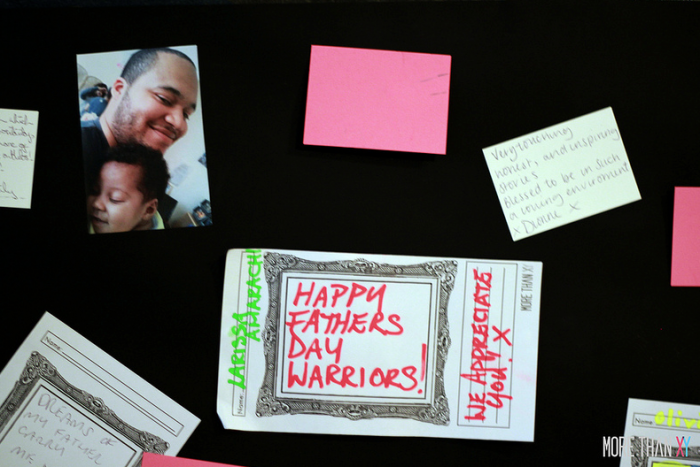 As a new father, I am always on the lookout for positive examples of black role models and fathers to keep my faith that these types of people do exist, but also to enhance my own fatherhood experience with their own knowledge and advice. As a writer, I actively talk about my fatherhood adventures and stories via writing for fatherhood blogs and websites like Daddy Diaries and Dadz Club. Through this, I have talked to many positive and amazing black fathers who really go the extra mile for their children. Meeting and talking to these men is beyond inspirational to a guy like me, hoping to be a shining light like them too.

So when I was told about a gallery exhibition launch happening on Father’s Day celebrating the types of aforementioned black role models and fathers I just talked about, I had to go! This exhibition I’m talking about was More Than XY (co-created by Gabrielle Smith- CEO of The: Nu Black, and Marlon Cole- CEO of forFathers Project), whose aim with this event was to showcase positive black role models and fathers through visual arts. The launch event was held at The Darnley Gallery in Hackney (where it was going to be housed for a further two weeks before eventually moving to the Bernie Grant Arts Centre) and featured various talks, storytelling and performances, as well as a message wall of positive black father/role model images and messages of support about their thoughts of the whole day of activities.

Hosted by spoken word artist G.R.E.Ed.S (Yomi Sode), we were first taken around the space to be introduced to some gloriously active and captivating storytelling involving animal characters in the Storytime Corner from poet/playwright/performer Inua Ellams – this entertained the children and adults in equal form (including myself). We were next introduced to Yomi’s own fatherhood project Daddy Diaries (which I am a part of, and of which I was invited to make a short speech about) and what it was all about and how the idea originated. A video was shown from one of the international fathers involved, Linwood Darkis. This video was one of the most passionate, emotional and hilarious I had seen and it was all about fatherhood and the experience of it and how it can affect you. By the time it finished, there wasn’t a dry eye in the place! I felt so proud! After wiping up my own tears, I had to make my own short speech, and it was so emotional for me and I just got through it. Being a father has to be experienced to understand the emotion and hard work that goes into it, you are never the same again.

We were then treated to some beautiful poetry from Nick Makoha and his intelligent daughter giving us an insight into her vast book collection. It was so lovely to see their rapport together and to see a beautiful father-daughter relationship right there in front of our eyes. The I Can Be Collective (which raises awareness of black role models and promotes careers outside the areas of sports and media) gave us a little fun quiz about black figures in society, sports and the media. To top off the day, talented singer/songwriter Dionne Reid gave us a wonderful emotive rendition of one of her well-known hits, Daddy Dear.

What made this day really special for me were all of these aspects were coupled with a beautiful gallery exhibition full of eye-catching art, showing something that the mainstream media is failing to catch and that’s positive black art celebrating and showcasing positive representations of black men. It was a pleasure to meet and network with other dads too. And I was beyond happy to be a part of it and to be one of those positive men.

A huge thanks to everyone that was involved on the day (GREEds, Dionne Reid, Pop Up Barbados, Nick Makoha, I Can Be Collective, Inua Ellams, LostVision), to the Darnley Gallery and the staff at the Bernie Grant Arts Centre for housing the collection, to the artists for their amazing work, to forFATHERS for their support and to those of you who contributed to the project to make it possible (also a special shoutout to my own Dad who tried to have the last laugh on the day of the launch…no comment, lol).

For more info or to get in touch please visit: 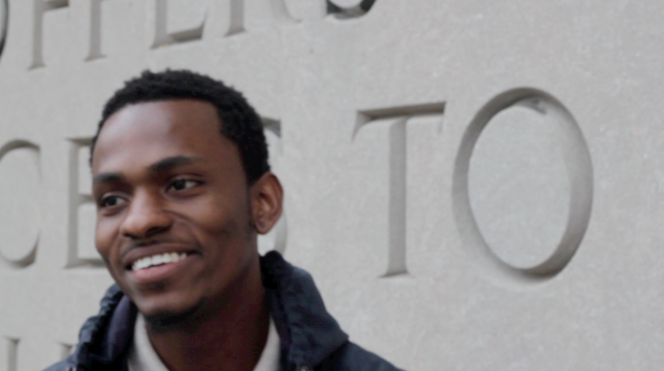